A Series of Unfortunate Events

I got my blood work done after my last appointment and it wasn't so bad after all....6.1! yayyy!
I've also stopped dropping so low at night. I've been mainly waking up in the 80s! I love starting my day in the 80s! 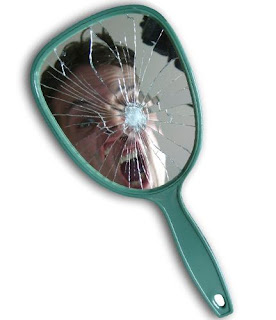 You know how they say bad things come in threes? IT'S TRUE.

My friends and I usually joke that I have something called "The Karen Curse." I seem to run into a lot of bad luck. I'm honestly starting to think that I just let life's little events ruin my day. I don't think I'm going to joke about this anymore. It's just not a good way to live life. I'm not cursed...I just need to stop dwelling on the little things.

These past couple of weeks I really have let the little things get the best of me.


I got back to school all ready to start my last semester of college. I went back a bit early to work at an after school program. Within the first week of being back, my throat started to feel kind of funky. The next day...it felt like little hamsters were jabbing their tiny teeth into my throat! After a few days of denial, I decided it was time to go to the doctors There, it was confirmed that I indeed had strep throat! YUCK.

That following Sunday, my computer got a virus. I took it to staples and paid $100 to have it removed. They told me it would be done by Thursday....Wednesday night they called me and said that my hard drive had anywhere from 6 days-6 months to live. =[ Either I needed to buy a new computer or have the hard drive replaced. This isn't really the best time for this to happen....I'm a broke college student. My parents and I decided to just have the hard drive replaced. It's been working OK thus far ***knock on wood***

That same week, some immature idiot decided to hack my facebook and post obscene messages all over my friends' walls. NICE.

That was my bad luck in threes. From now on, I'm not going to let bad luck run my life. Instead, I'm going to take a deep breath and move on. ,Today, I woke up high and realized it was because I ripped my tubing out in my sleep. I would usually let this ruin my day...but I'm determined not to. Today is going to be a good day!
Posted by Karen at 5:55 AM 1 comment: